THIS IS THE 10TH OF A SERIES OF INTERVIEWS AS INSPIRATION. I'M INVITING PEOPLE I ADMIRE; ARTISTS, AUTHORS, PEOPLE I KNOW, AND PEOPLE I DON'T. IT SHOULD BE FUN! AND HOPEFULLY INSPIRATIONAL FOR BOTH YOU AND ME.

I first met Michael deMeng when I took two of his classes at ArtFest in 2004. We've been friends since then. I see him  at art retreats around the country once or thrice a year. He's the nicest and funniest guy in the world, and beloved by his students.

Jane LaFazio: Please start by telling us what you do.

Michael deMeng: Well…the technical term…is “assemblage” but you can call it “putting a bunch or random crap together and trying to make some sense out of it.”  Found objects into art…order out of chaos.

JL: You went to college for art, yes? Did you always know you wanted to be an artist, or did you have other careers in mind?

MdM: Actually I toyed around with being a psychologist…got my minor, in it.  But the more I got into it the more I decided that Shakespeare and Hemmingway had as much insight as some of these guys (excluding Jung…but Skinner…yikes)…that and if I wanted to continue I’d have to take Psychological Stats…I was outta there.

JL: You work your butt off. What drives you?

MdM: Usually my car…har har har.  Sorry, you left the window open on that one.  Well, actually if you must know…I am driven by death.  Yes it’s true…I am on a race, I want to feel as if I can accomplish something worth taking note before I shed this mortal coil.  The problem is that most of the time you’ll never really know that, but, nonetheless…it keeps me going.  So, really the Grim Reaper is sort of like my personal trainer.

JL: Teaching or art making, which do you like best?

MdM: All things in moderation.  I have a theatrical side as you may have guessed.  I believe that both aspects feed the whole.  For instance I do some pretty fun, low budget commercials for my online workshops.  They are intentionally very hammy, but a blast to do.  Art making is a bit more of a serious process for me…much more of a struggle but very rewarding…while teaching is actually fun and rewarding in a different, social sort of way.  I can be a recluse and very shy if given the opportunity…teaching keeps this side from taking over.  Perhaps I’m a bit Jekyll and Hyde’ish.

JL: Where do you live?

JL: What would your advice be to artists who would like to succeed, like you have, at making art and teaching art?

MdM: This is tough, because I’m still trying to figure it out.  Truth of the matter if you choose to become an artist you’ve got to be nimble and flexible (art yoga…if you will) because things and opportunities change and you have to adapt…like the river around the rocks (I know I’m mixing Tao-ism metaphors with Yoga).  My advice is make what you believe in…teach what you believe in…stick with your guns and convince people that what you have to say is worth listening to.  You do this not by force but by believing it yourself.

JL: You’ve written 2 books. Did you enjoy the process? More books in the works?

MdM: I do love writing.  Mostly because I write like I talk and I have a bit of fun with the process.  The next book is a book on a project I put together last year called ArtAbandonment.  It is group that is 7000 members strong who make art, then abandon it for unsuspecting recipients.  The abandoneers leave notes for the finders…if they wish they can contact the group and inform everyone of the fate of the abandoned art.  I have another bunch of writings in the works…Fairy Tale Noir…my version of fairy tales.

JL: You’ve got the ‘gift of gab’ as they say and a fabulous sense of humor. Ever thought about parlaying that talent into…radio? Podcasts? Saturday night live? Seriously. I love the short videos you post on facebook.

MdM: Well I sort of mentioned this earlier…there is something…something I’m pondering that could be quite fun….not telling yet.

VIDEO by Michael deMeng
JL: What your favorite part of your day?

JL: Give us some titles of your favorite books. Any kind~ fiction, non-fiction, or art related.

JL: Future plans and dreams? For yourself and your career? Books? TV? World tour?

MdM: I really really want to be the host of a Saturday night Creature Feature show…you know like Elvira…but less busty. I've been carving and creating my own stamps for a long time. I've done monoprinting (monotypes) with lots of layers, but I've never done reductive printing before. So I'm playing and learning!

definition: "A reduction print is a multicolor print in which the separate colors printed from the same block at different stages. Usually, the lightest color of the design is printed first, then the block is "reduced" by carving to the areas which the artist wants to print the second color from, and so forth. The disadvantage of reduction printing as opposed to printing from multiple blocks is that once the first color is printed, the matrix for it is destroyed in the creation of the printing matrix for the second color. It is impossible to undo mistakes." Right now, I'm not over thinking the design, because I just want to learn the basic process. (Of course, when have you known me to over think anything! haha!) So, I'm excited to do a series of Mexican inspired tiles. My primary colors are pretty darn bright, so my next step will be mixing my colors and really thinking about the finished colors and how they will layer on top each other.
I'll keep you posted!
Have you done reductive printing?
18 comments


As you've read on my blog, I've been doing a little writing practice. So on March 17, I did another first. I read my writings to a group of about 40 people. (Seven other women read too, not just me) It was kinda cool, and I'm proud for challenging myself, not only to write and edit my writing, but to read it aloud in front of people.

The Crosswalk
by Jane LaFazio

And it came to pass that a girl child was born to a 26-year-old divorcee and her brand new, nervous husband (but he’d always been high strung.) Before the birth of the girl and when she was in her mother’s stomach, there was an incident while crossing a busy street. The brand new husband was a step or two ahead in the crosswalk. The girl child’s 7-year-old half-brother--her mother’s first born son--was in the lead. All were within the white painted cross walk lines, facing the green light as they crossed the intersection.

Suddenly, a 16 year old driver careened through the light, catching the 7 year old boy and dragging him by his chrome bumper for 100 feet along the asphalt, till the child fell free and tumbled another 50 feet. He was bloody. His left ear hung by a tendon. The boy’s step father fell to his knees in the crosswalk holding his stunned wife around her linen-clad hips and sobbed.

Three months later, the girl was born. Five pounds, healthy and pretty. (Her photo was in the window of the town’s photographer shop window for years, as an example of a pretty poised baby.)

A year and a half after the girl was born the parents divorced.

If the boy hadn’t been hit by the car, would the story have been different?

I made this DVD, The Small Art Quilt,  a number of years ago, but frankly, it's darn good, especially for people just starting in art quilting. I just ran across this clip recently. from my sketchbook ~ Melaleuca

A Melaleuca tree grows in my backyard.
I call this one my Melaleuca Merit Badges. (I created stylized designs based on the realistic images.)

Andy Goldsworthy Jr. Except, I drew it and didn't actually weave the leaves. But I could have!
6 comments

Remember this post, where I carved eraser stamps and stamped on fabric.
Well, I dyed some of the fabric and created a small quilt. It's still in progress, with lots of hand stitching to come. And I need to resolve the edges. But I thought I'd give you a glimpse.

from my sketchbook ~ beach treasures

At our recent Lavender Sage Art Retreat, I taught sketching and watercolor using the treasures we collected on the beach. Pamela Underwood showed me how to draw a labyrinth, by finger painting it.
4 comments

I've long had a fascination with cairns.
cairns  plural of cairn
As I drive along the Pacific Ocean beach, I often see them piled high among the boulders.
But this recent stay in San Clemente, was the first time I'd ever took the time to build some. Build many. And I loved it! So easy, so meditative, so fully engrossing. Soo easy and somehow satisfying.
My plan: walk on the beach more often. And build cairns wherever I can.
Have you ever created a cairn?
22 comments


Our recent Mixed Media Art Retreat, with Pamela Underwood and I (Lavender Sage Art Retreats) was a combination of the beautiful beach of San Clemente, CA and art making and expressive arts mixed with 11 amazing women. (Well, 13, if you count Pamela and me, which of course you would!)

Our next retreat, in June 2013 is full, but we have another Lavender Sage Art Retreat in  Taos, New Mexico in August 2014.
4 comments


I'm just home from co-teaching our Lavender Sage Art Retreat, in San Clemente.
Here are some of the beach treasures our participants collected over the 3 days. 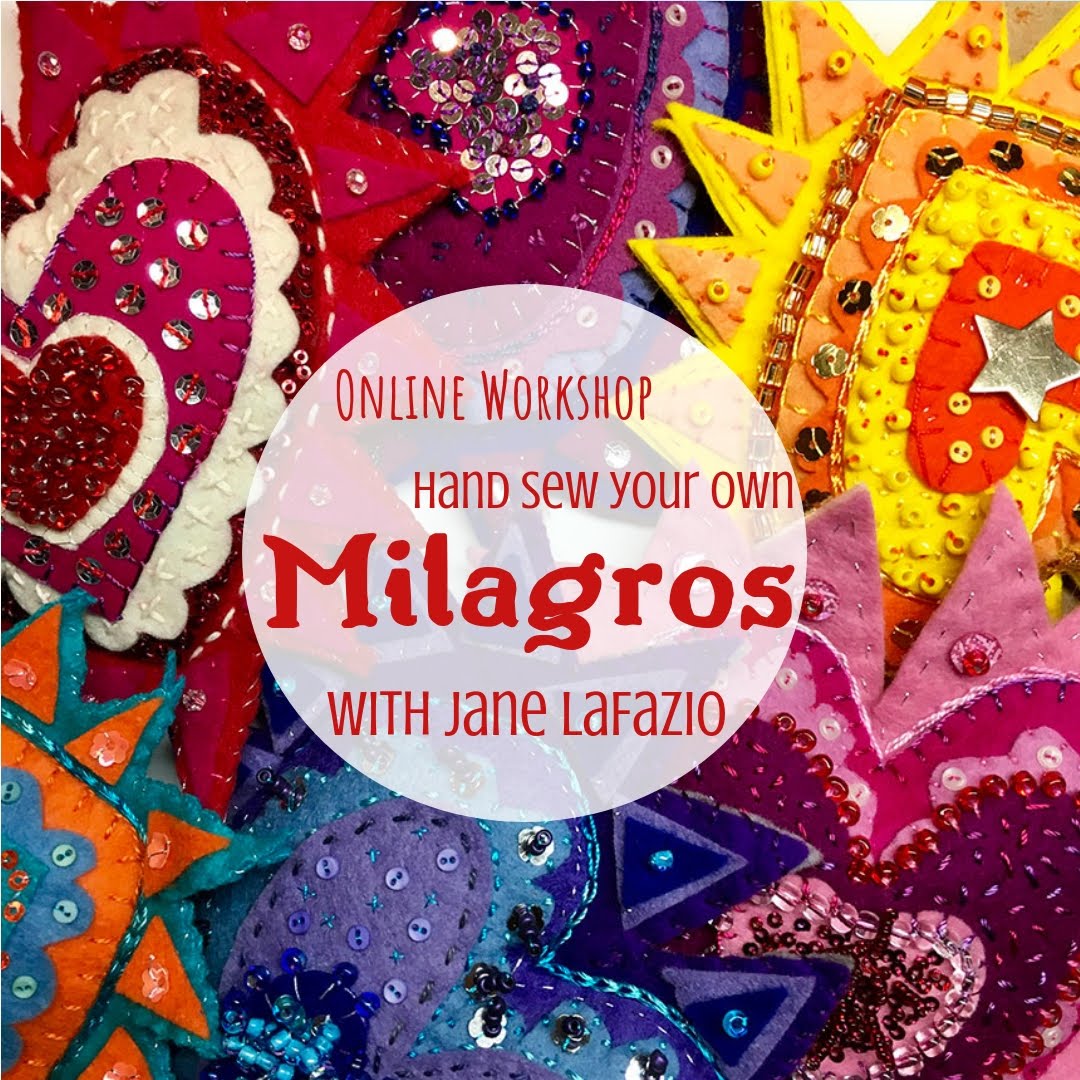 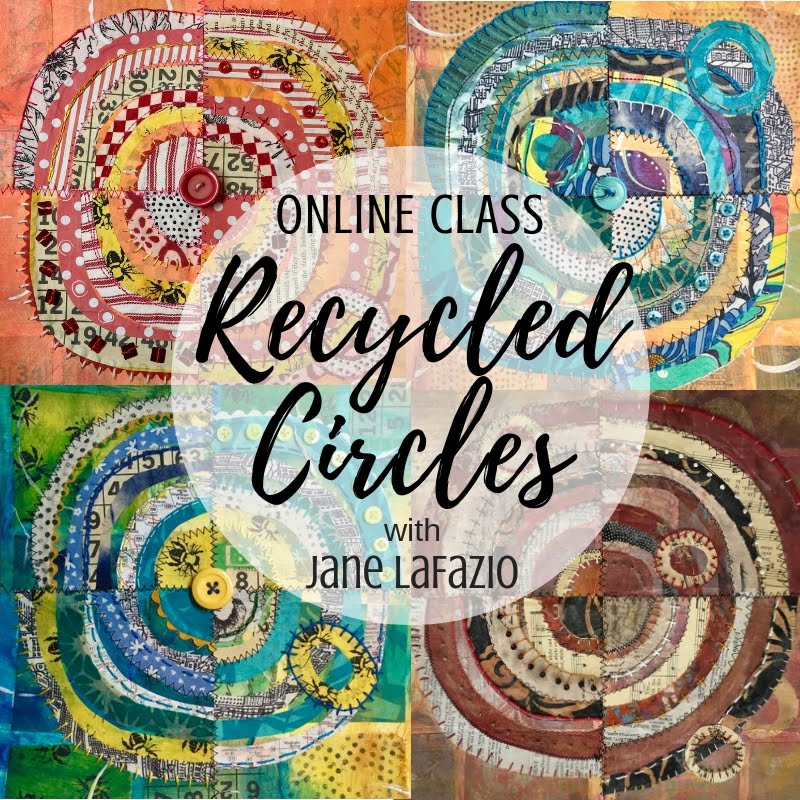 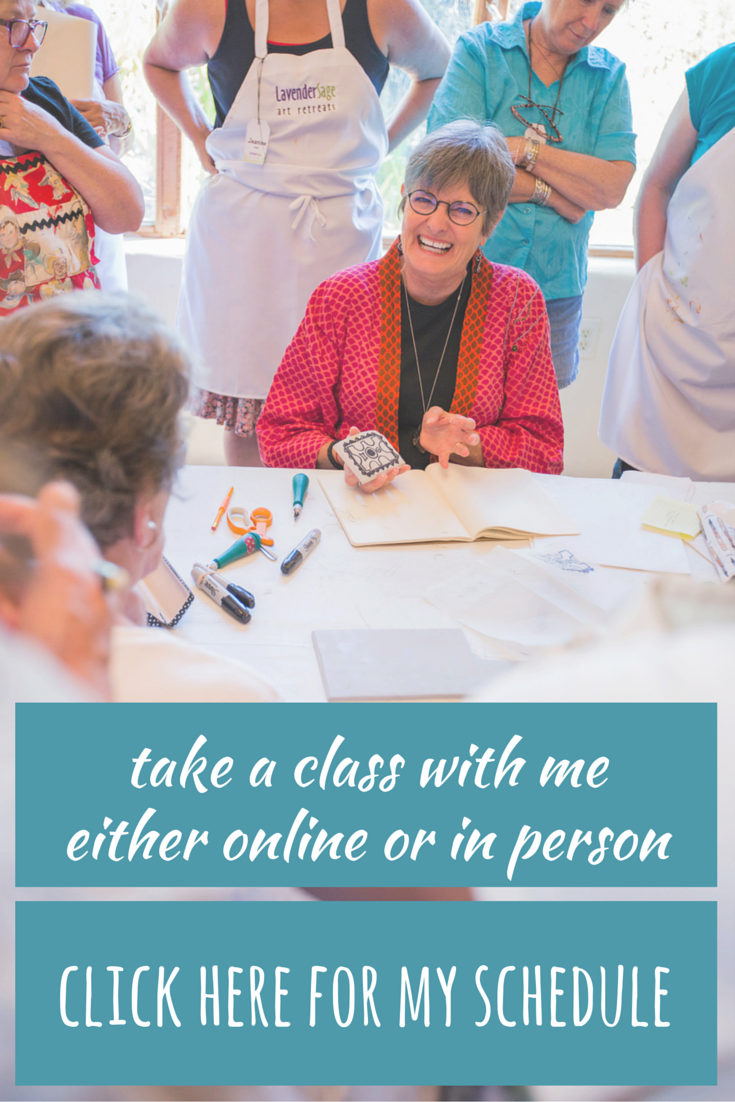 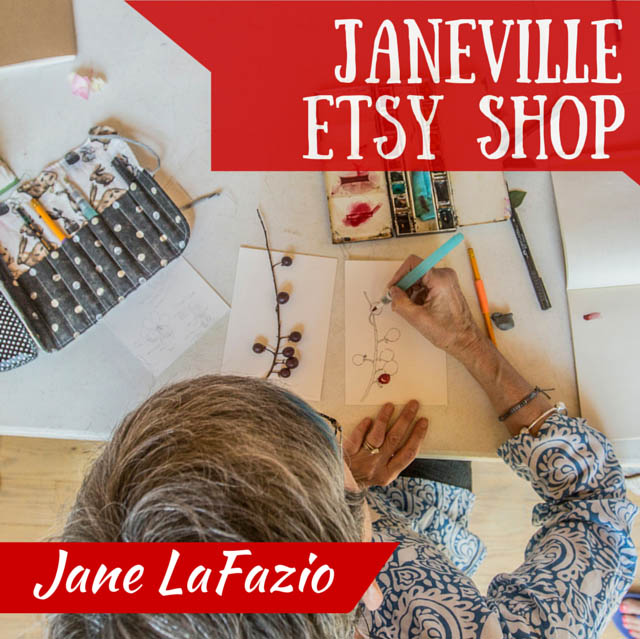 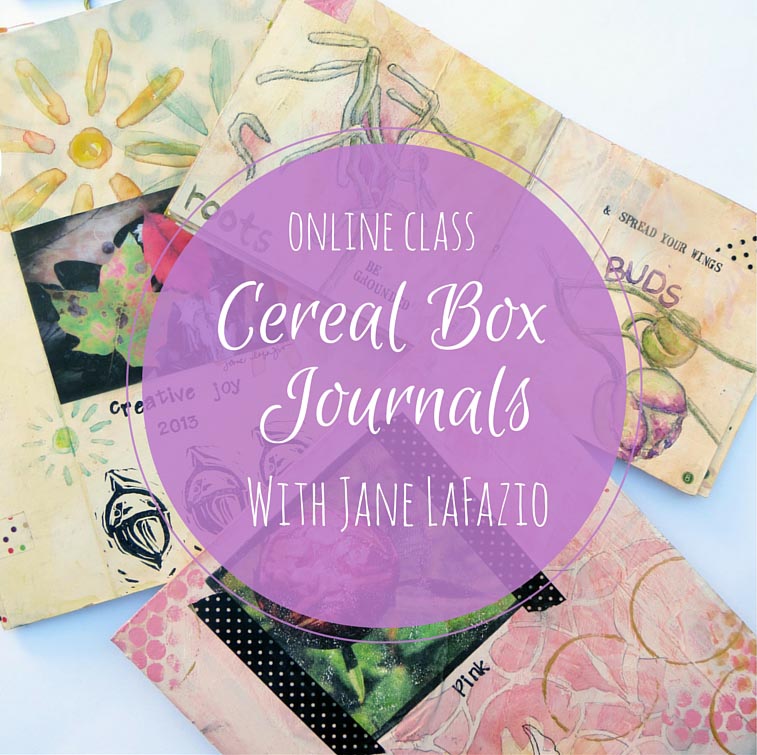 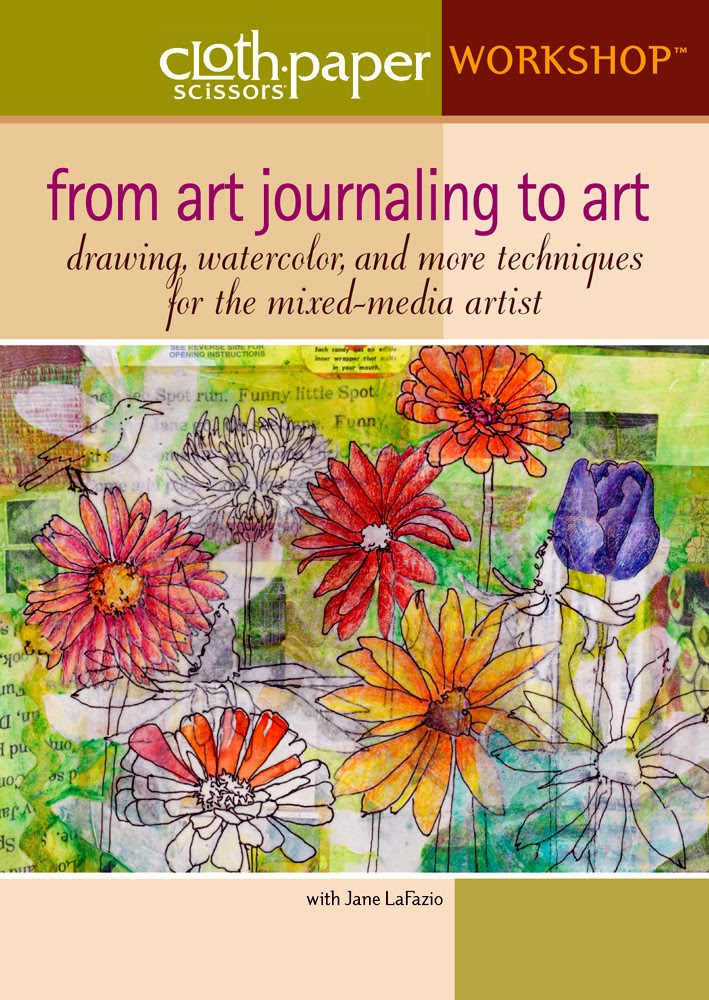 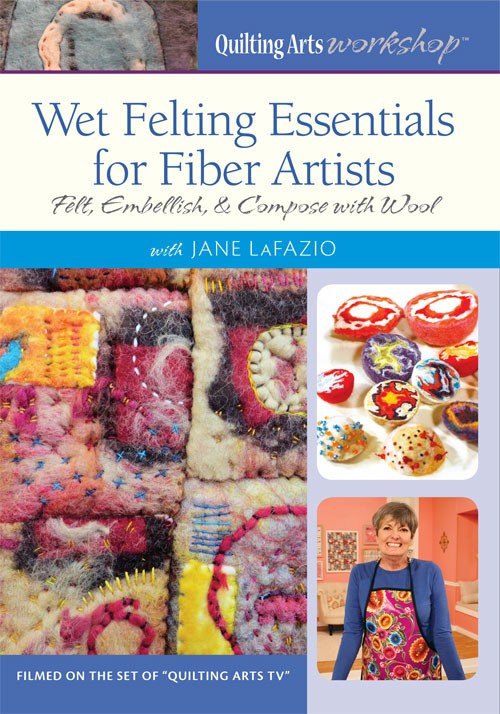 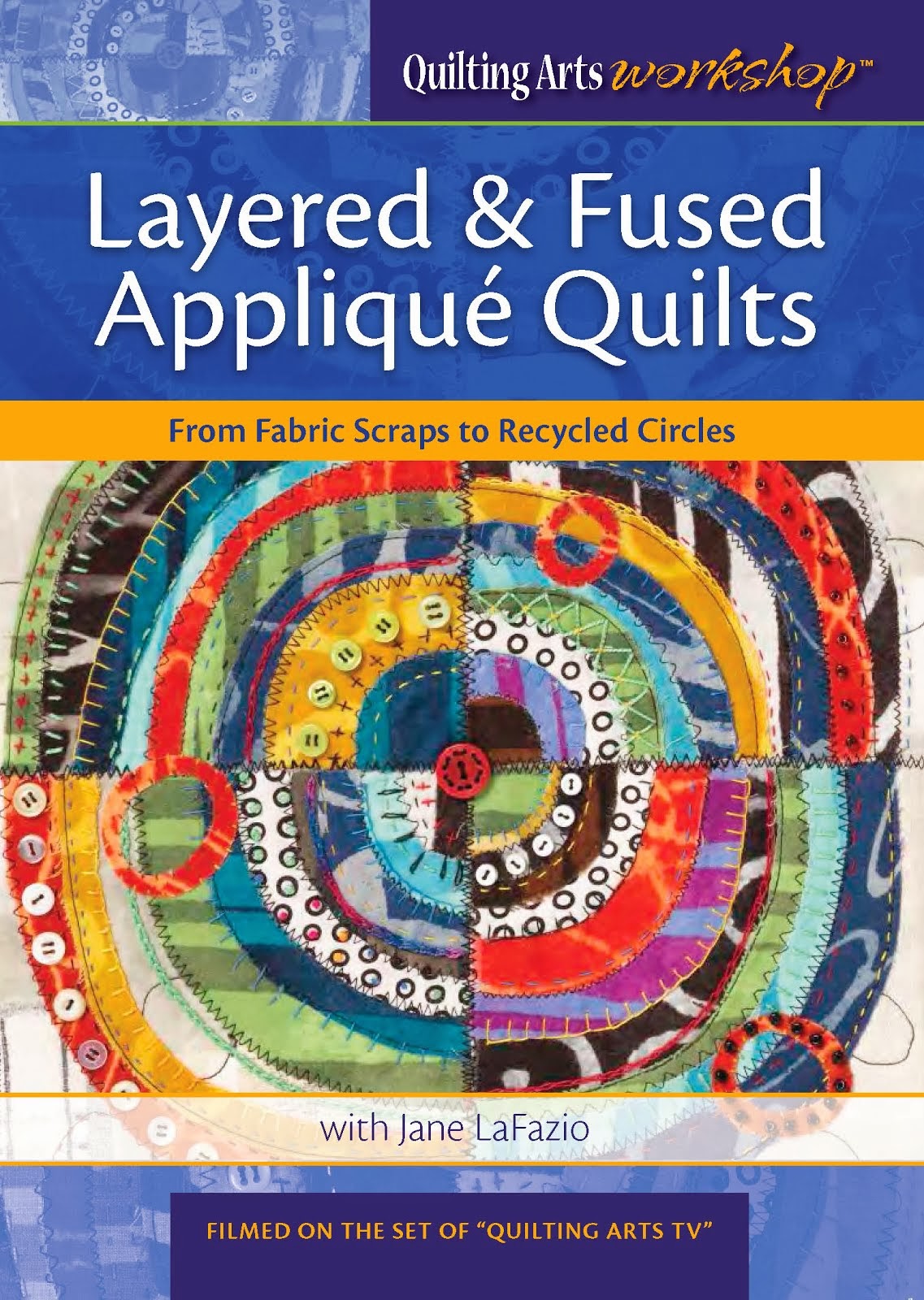 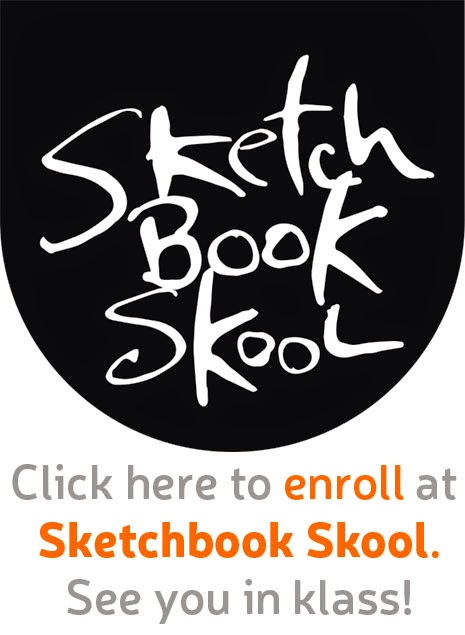 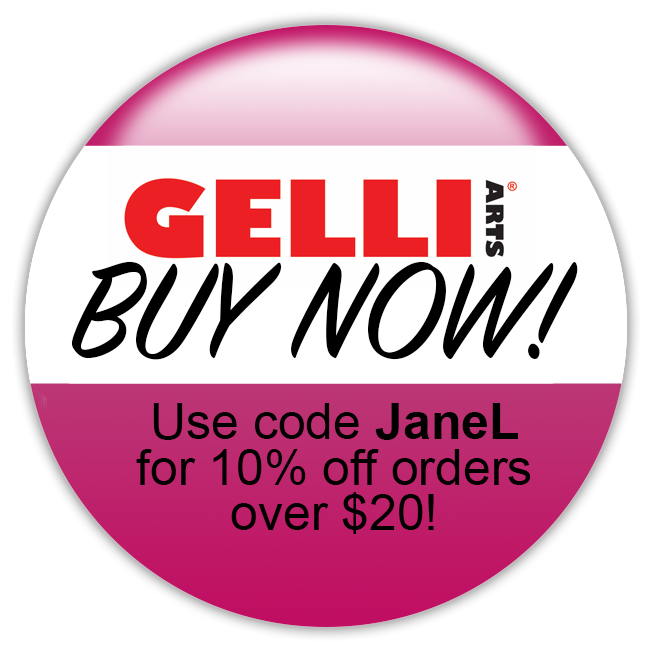